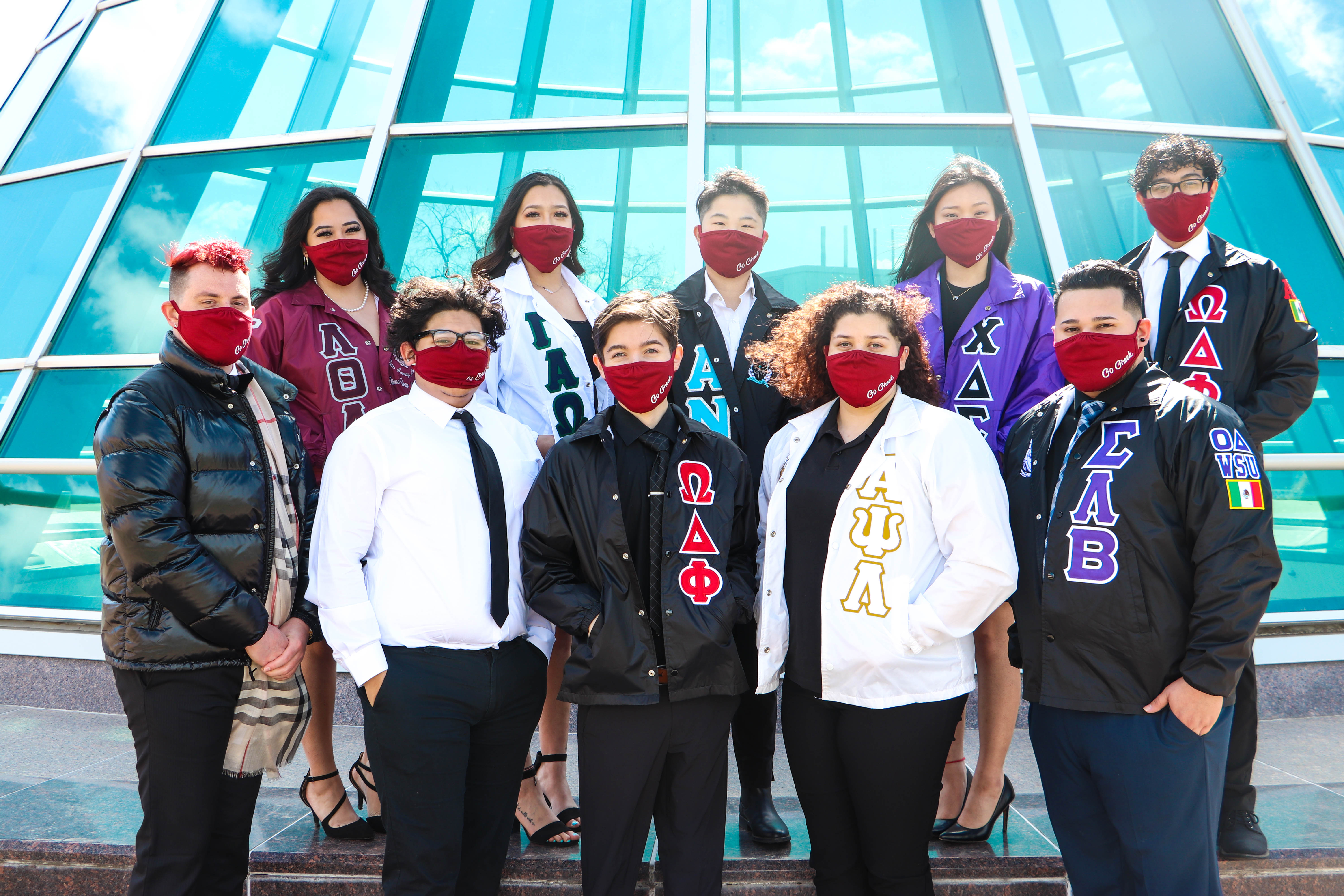 The Multicultural Greek Council (MGC) at WSU is dedicated to maintaining and improving the community. By spreading cultural awareness and education through various events, the council strives to improve the WSU campus for current and future students. Although each organization holds individual events, the MGC as a whole dedicates one major community service event per semester. Please visit the chapter websites and the events section for this site to view any upcoming events.

The purpose of the Washington State University Multicultural Greek Council is to cultivate the growth of each member organization by serving as a unifying body for culturally based fraternities, sororities and like entities while striving to improve community life through service and education. As leaders of our student body we shall maintain high standards for all council members while remaining unique within our respective organizations.

In 2005, the Center for Fraternity and Sorority Life began strong outreach to Gamma Alpha Omega, Kappa Delta Chi and Omega Delta Phi, who were, at the time, the only recognized fraternities and sororities who were not part of one of the three existing councils: Panhellenic, National Pan-Hellenic Council and Interfraternity Council. Since that time, a lot of growth and change took place both within the Greek Community as well as within the Center for Fraternity and Sorority Life, up until the Summer of 2006.

In the Fall of 2006, members from Kappa Delta Chi Sorority, Inc., Omega Delta Phi Fraternity, Inc., Gamma Alpha Omega Sorority, Inc. and Gamma Iota Omicron Fraternity (a newly established, local Fraternity) began meeting to discuss the possibility of starting a Greek Council for their organizations which previously had never had council representation on the WSU campus. The initial meetings consisted of discussions with the Greek Life Staff regarding their options. Many ideas were discussed including forming a NALFO council. However, the decision came to a vote and ultimately the organizations decided to form the United Greek Council.

In Spring of that same year, the four multicultural organizations outreached to the gentlemen of The Beloved Brotherhood of Omega Phi Omega, Inc. (Kuyas), a Filipino based fraternity that was newly re-established at WSU. The Kuyas began attending meetings and the new council now had five organizations. That summer, The Lovely Sisterhood of Chi Delta Sigma Sorority, a local, Asian American & Pacific Islander based organization was established, and joined their fellow culturally based Greeks in the UGC beginning in the Fall of 2007. Additionally, in the Fall of 2007, La Hermandad de O eMe Te, an Aztec based Brotherhood was re-established at WSU and subsequently became the seventh addition to the United Greek Council. Later that academic year, Spring of 2008, Alpha Nu was established at WSU and became the current United Greek Council's eighth organization.

The multicultural Greek community then experienced an unprecedented growth , starting with the additions of Lambda Phi Epsilon, an Asian-Interest Fraternity, and Chi Sigma Alpha, an Asian-Interest Sorority, in 2013.  In Fall 2014, Delta Lambda Phi, a gay, bisexual, and progressive men's organization, established a colony at WSU, but decided to disband and not pursue a charter at that time. Also in Fall 2014, UGA issued an aggressive expansion plan that solicited invitations to come to WSU and establish colonies/chapters in an effort to grow the community over a sustained period of time.  The first organization to establish itself after this expansion plan was Lambda Theta Alpha, a Latina based sorority, in Spring 2015.  In Spring of 2016, four new organizations requested membership under the United Greek Association: Delta Xi Phi, a multicultural sorority; Lambda Theta Phi, a Latino based fraternity; Alpha Psi Lambda, a co-ed Latino based fraternity; and Alpha Pi Omega, a Native American sorority.  Since that time, both Alpha Psi Lambda National, Inc. and Alpha Pi Omega Sorority, Inc. have joined the community and are fully chartered.

At the end of Fall 2019, in an effort to increase accessibility to governance and name recognition, the community came together and decided to simplify the governing structure under a single "Multicultural Greek Council", giving member organizations a single identity to rally behind, and adopting an more recognizable name.  Moving forward the council has come together to grow and develop member organizations, represent the needs of the community throughout the university, and advance the mission of the Multicultural Greek Council.

At the end of Fall 2019, in a effort to increase accessibility to governance and name recognition, the community came together and decided to simplify the governing structure under a single "Multicultural Greek Council", giving member organizations a single identity to rally behind, and adopting an more recognizable name.  Moving forward the council has come together to grow and develop member organizations, represent the needs of the community throughout the university, and advance the mission of the Multicultural Greek Council.

As of Fall 2021 there are 14 active organizations within the council: