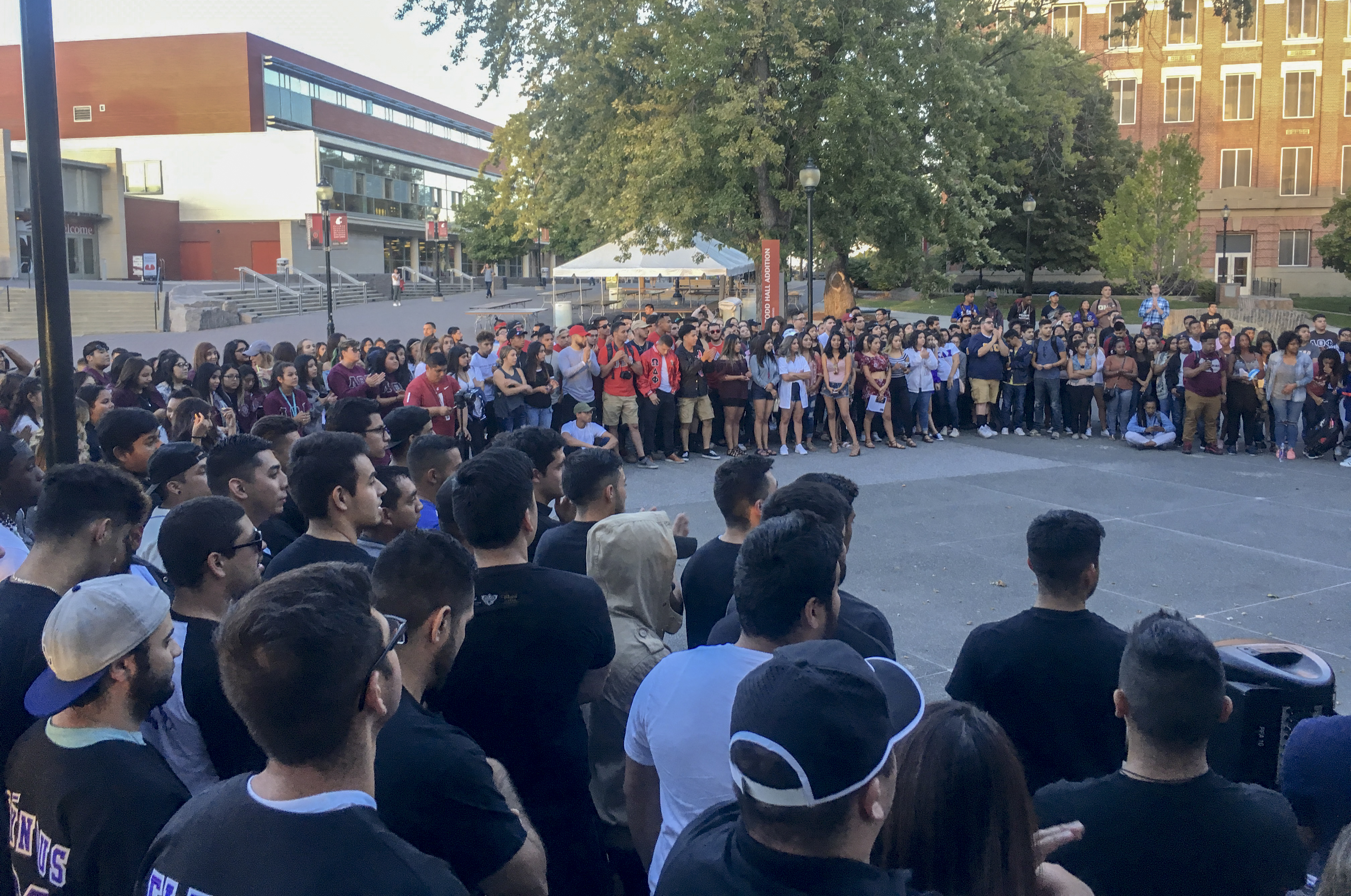 Fraternities and sororities have a long history in the United States. The first and oldest Greek lettered organization dates back to Dec 5,1776 with the formation of Phi Beta Kappa at William and Mary College. When Greek organizations were first starting out they functioned as literary and political societies, whose members would discuss current issues. Through the years these organizations became more socially based.

The Development of Latino/Multicultural Greek Organizations

Washington State University saw the founding of the first Aztec Based Brotherhood in the nation on January 21st, 1996.  La Hermandad de O eMe Te, a brotherhood firmly founded on the Mexicano Chicano Latino culture, an alternative to the more traditional "Greek" fraternal system. O eMe Te stands for Oquichtli Macuilli Tonatiuh a Nahuatl (Aztec) term shared among their members. La Hermandad strives to achieve a level of brotherhood by spreading its message of culture, wisdom, empowerment, and carnalismo, throughout the community.

Strolling is a tradition that traces back to the early 1900's to Black greek organizations such as Alpha Kappa Alpha Sorority (the first historically black greek sorority) and is a tradition practiced by many organizations to this day.  Strolling functions by having members of a particular greek organization line up one after another. Similar to saluting, they begin to move forward in the same dance motions, or many times alternating dance moves. The practice of strolling is a very organized event, as members in a line know every step of the choreographed stroll.

Stepping is a tradition where members synchronize their moves so that they are in a sense performing their own dance, without music. In stepping the members will clap, stomp with their feet, jump, and create their own beat by doing so. Today stepping performances can be rather intricate. As organizations will use props like blindfolds, machete knives, canes, and other items to take their performance to another level.

Saluting is a tradition common to many Latino-Greek Organizations. The tradition of saluting originated with the first Latin fraternity, Lambda Theta Phi, according to the book Latino by Birth, Lambda by Choice written by Jesus Pena, Esq.. Saluting is a means by which members of an organization can praise a particular member within their fraternity or to honor the organization's past and current accomplishments. Members write a salute, and tend to include words of modern day songs. Once they have the text they proceed to add motions to the salute. Typically if there is more than one person performing a salute the members will synchronize their movements, so that they are all doing and saying the same thing at the same time.